Over the past couple or so weeks I’ve been having some issues with Google Now. It first seemed to start on my Nexus 7, then appeared on my Nexus 6. More recently, even as of today, I’ve seen it on my Google Pixel. The problem is that, in the Google Now launcher (or on the Pixel, in the Pixel launcher), the Google Now page (that you swipe to the left for) sits empty for ages. All I see is the little animated waiting circle and nothing else. Once or twice I’ve had the Google app die and restart or, more often than not, after quite some time it finally loads up.

The latter happened a little earlier and I noticed something I’d not seen before: 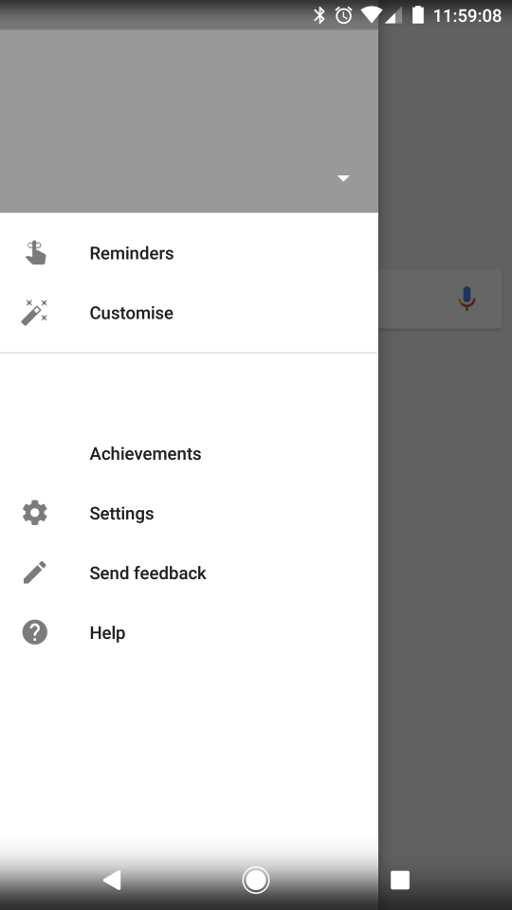 What’s with that “Achievements” menu option? You’ll notice that the whole of the menu is blank – no profile picture or anything and none of the menu options seemed to work.

Eventually, after I’d left it for a while, it ended up working.

And, once this happened, no “Achievements” option.

Presumably this is some back-end server issue, I’m being served up something I’m not supposed to be seeing and it’s confusing the client app. Okay, I don’t know that’s the case, but it has that sort of feel.

So now I need to go looking for what this Achievements thing is all about.