For a long time now Chrome has been my web browser of choice. It has, to some degree, become my “other emacs” (ignoring for a moment that my use of GNU emacs has sort of lapsed the last few years). By that I mean that it’s a portable environment that serves me well on many operating systems and, for one of my machines, actually is the operating system. I really appreciate how Chrome’s sync lets me feel right at home no matter which machine I’m on.

But I’ve run into one small issue that’s kind of annoying.

In some situations I find it pleasing, and I find it makes sense, that some web “apps” open in a window of their own rather than in a Chrome tab. On Windows and on ChromeOS this is simple enough, all I need to do is find the “app” in the Chrome app launcher, pull up the content menu, and tell it to open as a window. 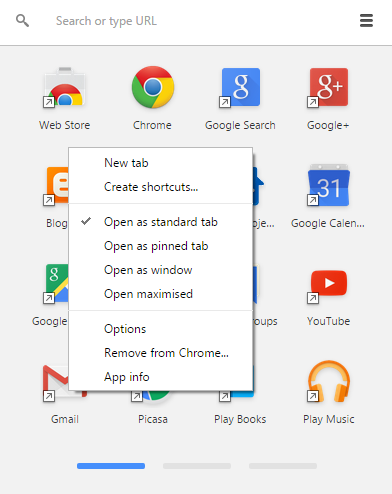 Now, the Mac, so well known for doing everything every other OS does but doing it better and being easier to use…. you’d expect it’s at least the same there, right? 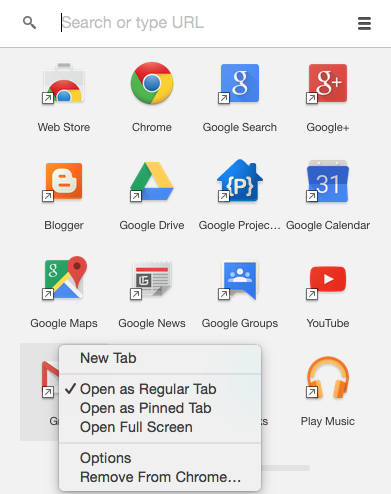 There’s no option at all to open as a window!

So, on the Mac, while I’d love to be able to open Gmail as a window/app in its own right, I’m totally out of luck, it seems. I’ve no idea whose “fault” this is. It’s not clear to me if this is a Chrome/Google decision or if it’s about how things have to work on a Mac. Thing is, I find it hard to believe that it’s the latter given that Google Keep runs in its own window on the Mac and I can happily pin it to the dock.