Yesterday evening I finally got the following notification on my Moto360: 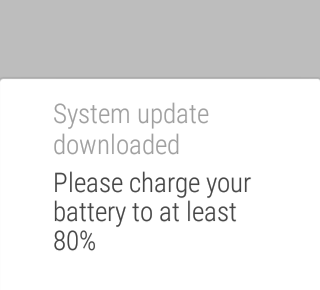 Given the charge was quite a way below that I took the watch off and put it on charge and then did the update later.

From what I could tell it all went pretty smooth. After updating it even offered me a little tutorial on some of the new things it’s added. So far I’ve used (or set up) the following:

Other than the above it’s pretty much business as usual. Hopefully there’s been some work to improve battery life and all that sort of stuff, and only time will tell if a difference has been made there.

« ChromeOS ssh has gone! (sort of) A ChromeOS issue »