I woke up this morning to find that one of my more recent favourite websites, Medium, had finally released an Android application. I’m more of an avid reader than a writer on there (I’ve only ever written 2 articles on there, and have toyed with the import facility too) so I imagine the app won’t make too much of a difference to me, but it was nice to see that something that had been iOS-only was now on Android too. 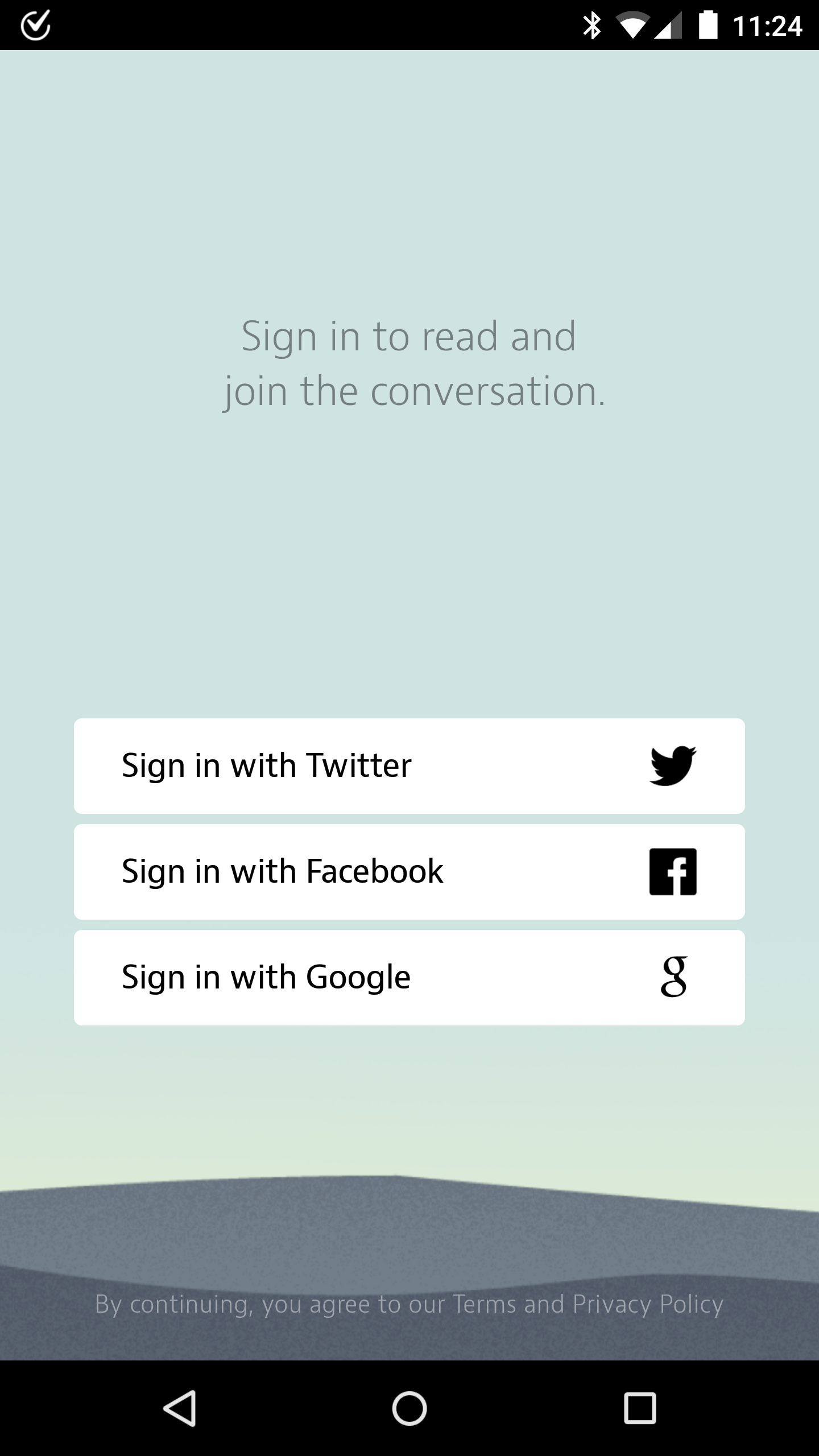 Notice how Android has Google as an option whereas that’s not an option on iOS? The curious thing is, when I installed it on my Android devices, I logged in with my Google account and it all just worked. I was into my account, there were the sorts of stories I’d be interested in, and there were the couple of stories I’d written.

It was than that I had to think about how I even logged into Medium normally (via the web, which is what I’d always used up until now). Seems I’d always used the Twitter login (which would make sense).

So here’s the thing that’s got me wondering now: when I logged in with my Google account, how did it make the connection to my Twitter account? I mean, sure, there’s got to be enough data kicking around to actually make the connection and it seems like a safe enough one to make but… huh? I must be missing something here though, it’s as unexpected as it is handy.

It’s also worth noting that if you go to log in to the website Google accounts are not an option (there is a sub-option for “Android Users” where you have to create an account based off your email address, from what I can see).

I’m left trying to decide if I missed a step here, if this is clever, or if this is just plain creepy (and who’s responsible for having made the connection).

Edit to add: Cara from Medium was kind enough to notice my tweet pointing to this post and let me know the how and why of the above. Turns out it’s what Rich suggested in the comments.

« And now for some iOS Did Google just break Wear timers? »