I seem to have somehow messed up my left hand. I’m not sure what the problem is yet, I’m speaking to the doctor and have had an x-ray to check out one possible cause, but the simple fact is that my left hand has an issue. Sometimes the arm is painful, pretty much all the time a couple of fingers are near-numb. One unfortunate side-effect of this is that I’m finding typing rather uncomfortable. Except, that is, when I’m typing in my iMac.

Given that the vast majority of the typing I do is on my Windows 7 desktop machine I decided it was time to look at getting a new keyboard, one that was as comfortable to type on as the Apple keyboard. Given that I really needed to be in a position where I could actually try the keyboards out I headed off to the local PC World.

Long story short: none of the Windows-oriented keyboards I tried did it for me. None were as comfortable as the Mac keyboard. I tried a few a couple of times and then suddenly had an idea… Apple do a full-size keyboard and, from what I’ve seen in the past, it does work with Windows, after a fashion. So I went to talk to the Apple guy, checked they had one in stock, handed over £40 and headed home again. 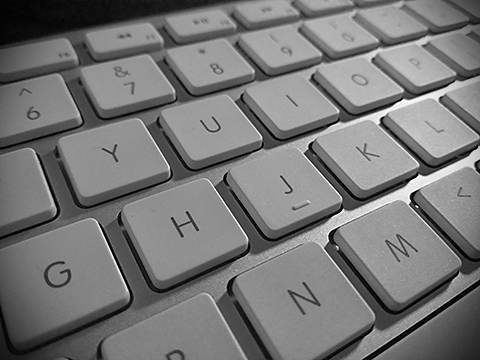 Having now worked with it for a couple of days I think this might be one of the best keyboard purchases I’ve ever made.

It’s not ideal, of course. The keyboard isn’t designed to work with Windows, it’s designed for the Mac. But for the most part I’m finding that it’s not confusing and I’m adapting just fine.

I had to go searching for an unofficial layout that I could install (one that’s actually old enough that it doesn’t even say it supports Windows 7) and installing that seems to have cured a few issues. The issues I do have remaining are:

They’re the main issues I’ve discovered so far. It’s possible that there are other niggles waiting for me but, hopefully, there’s workarounds for them too. Mostly though I’m finding that the small adjustments I have to make to how I work are worth it given just how comfortable this keyboard is to type on.

I really do wish there was a Windows-oriented keyboard that had the exact same build quality.