Now and again Google seem to actually listen. While they do generally have a bad habit of removing things from things and saying it’s for everyone’s good (because options are bad and they can’t maintain them, apparently) it seems they can do the odd turnaround now and again.

One thing they removed from Android recently was the “until next alarm”” option when putting a device in “do not disturb” mode. 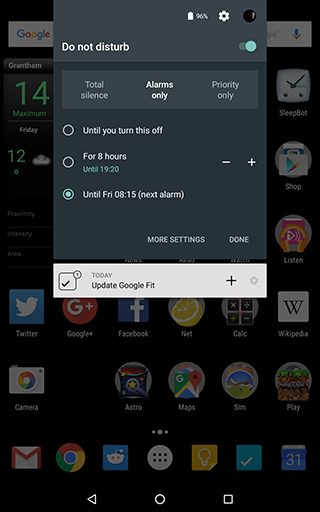 It’s a small thing, but it makes so much more sense and makes things so much easier (even if it’s a trivial thing).

Nice one Google. More of this please.

« My first proper BT broadband outage I now own a Macbook »