Over the past couple or so weeks my Macbook air has started to develop a minor, but irritating, hardware problem. Simply put, the left shift key fails now and again. I can press it and it does nothing. It’s irritating because it messes with the flow of typing (especially when writing code) and the key also feels like it’s sticking or clicking in a way that’s different from all the other keys. 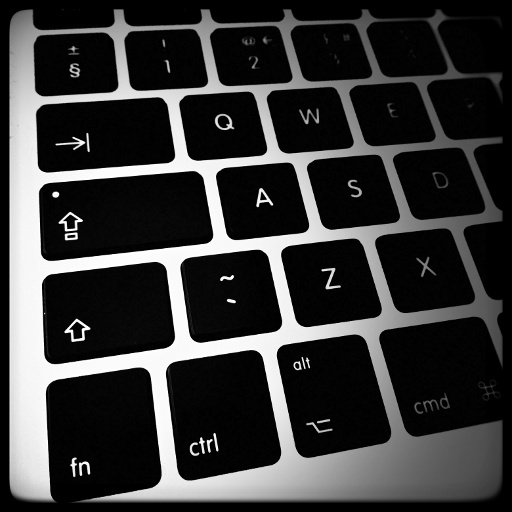 Given that I pass through Edinburgh on a pretty regular basis I thought I’d drop in and have a quick chat with someone about it. While I didn’t expect a fix there and then (although finding out it was a trivial issue would have been nice) I was hoping someone could take a quick look and let me know what might be going on.

So, this morning, on the way to Waverley Station, I dropped in to the Apple store on Princes Street.

I walked in and looked for a member of staff, all seemed to be busy to start with but one soon noticed that I looked a little lost and asked me if they could help. I explained the issue and she said I needed to pop upstairs to chat with the staff up there.

So far so good.

I joined the queue.

About five minutes later I got to speak with him. I, again, explained the problem and was told that looking at it would be no problem and they could do so at around 4pm. This was at about 10am. Having gone through 3 people and spent 10 minutes doing so I found out that there was a six hour queue to have someone actually take a quick look at the issue.

By that time I wouldn’t even be in the same country, let alone the same city. So I had to say thanks but no thanks.

So now it looks like I have to make an appointment for some point in the future and make a special trip into Edinburgh just so someone can check out a sticky key on my Macbook.